SUPREME SUCCESS FOR THE EVENTS OF THE CONTINENCE WEEK IN THESSALONIKI

The great participation of the public in the events of Continence Week, both in the Municipality of Thessaloniki and in the other regional Municipalities, led the Urological Association of Northern Greece to extend the duration of the events and to include also the Municipality of Pylaia-Panorama-Hortiatis, with two additional events. The first event took place at the Day Care Center for Older People in Hortiatis and the second at the Day Care Center for Older People in Pylaia, in which a special unit of doctors informed the public about the issue faced by men and women of all ages and especially the elderly. Similar events took place at the Day Care Centers for Older People in Toumpa and M. Botsari (at the Municipality of Toumpa), in Ampelokipoi and Menemeni (at the Municipality of Ampelokipoi and Menemeni) and at the Municipality of Volvi at the the Day Care Center for Older People of Stavros.
The Urological Association of Northern Greece through their participation at the World Continence Week (WCW), which is held under the auspices of the International Continence Society (ICS), aiming in the awareness of all citizens and especially the elderly, hosted from June 20 through June 24, 2011 for the first time in Thessaloniki, the Continence Week, aiming in the information, prevention and treatment of the issue. The events were supported by Academic Institutes / Universities, Public Health Care Institutions as well as several scientific organizations throughout Greece. The events included seminars for the awareness of the public, scientific conferences for research and presentation of new methods for treatment, delegations of medical staff and doctors for a direct approach to the public as well as communication for the broader awareness of the society and especially the elderly.
The Continence Week 2011 in Thessaloniki was set under the auspices in the context of their social policy, by the PREFECTURE OF CENTRAL MACEDONIA, the METROPOLITAN COMMUNITY OF THESSALONIKI, the MUNICIPALITY OF THESSALONIKI, the Municipality of Pylaia – Panorama – Hortiatis, the Municipality of Ampelokipoi – Menemenis and the Municipality of Volvi.
The events throughout the week included also free testing in at least 50 predetermined infirmaries throughout Thessaloniki and in several other cities of Northern Greece as well as in the Hospitals of Thessaloniki.
In addition, following the approval by the Municipality of Thessaloniki, which held the events of Continence Week under their auspices, throughout the week (June 20-24) at Aristotelous Square and Ermou in Thessaloniki, there was a pavilion, where thousands of people were given brochures and arranged appointments for free testing in infirmaries and hospitals of Thessaloniki.
Greatly successful was also the opening event of the Continence Week, which was held at the Electra Palace Hotel, with main speaker the professor and president of the Urological Association of Northern Greece, Dr. Stavros Charalampous, who spoke about “Continence and Quality of Life”. Welcome speeches were given for the Prefecture of Central Macedonia by the Prefect of Central Macedonia, Mr. Panagiotis Psomiadis and the head of the health division at the Prefecture of Central Macedonia, Mr. N. Apostolidis, for the Metropolitan Union of Thessaloniki by Mr. Apostolos Tzitzikostas and for the Municipality of Thessaloniki by the Vice-President of the Municipal Board, Mr. Haris Aidonopoulos. Also, a welcome speech was given for the Academic Community by the professor of urology of the Aristotle University of Thessaloniki Mr. Evangelos Ioannidis, who congratulated the organizing committee for this great initiative and success. “Knowledge, welfare and care of a society for its fellow citizens of all ages and especially the elderly, should always be the ultimate and most important care for all of us, so that the elderly don’t feel left out or neglected, but on the contrary to ensure that they can continue to live among the society with dignity, energy, action and participation.”, stated the president of the UROLOGICAL ASSOCIATION OF NORTHERN GREECE, Dr. Stavros Charalampous, in regard to the events of the Continence Week in Thessaloniki.
The great success of the events held by the Urological Association of Northern Greece, an association which celebrates 45 years of social contribution this year, was held with the kind support of ASTELLAS and comes as a precursor of the 8th Macedonian Urological Symposium, which will be held from November 3 through November 5, 2011 in Thessaloniki.
Αναρτήθηκε από Εβδομάδα στις 1:29 π.μ. 1 σχόλιο: 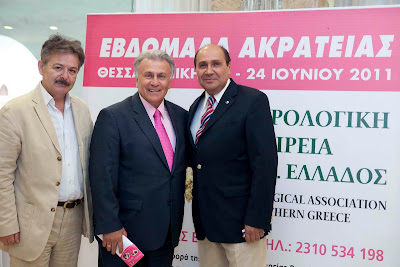 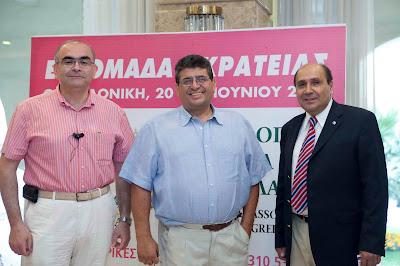 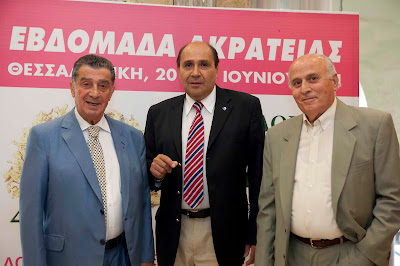 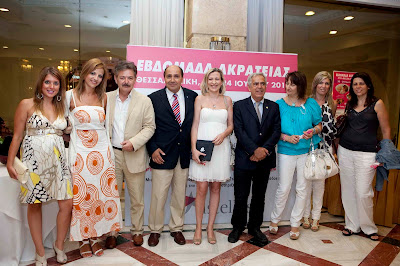 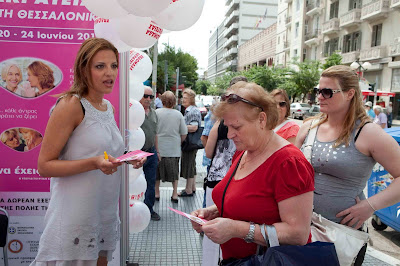 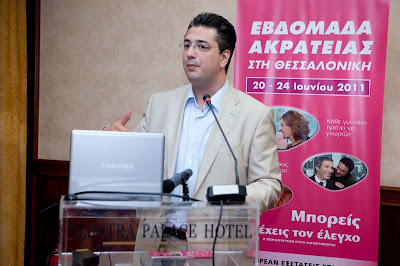 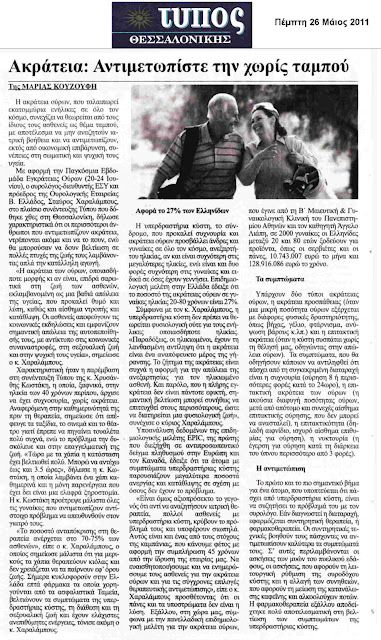 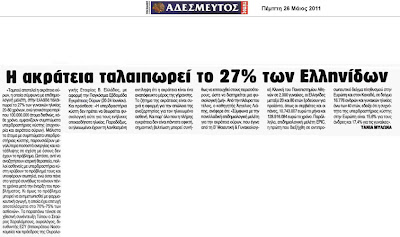 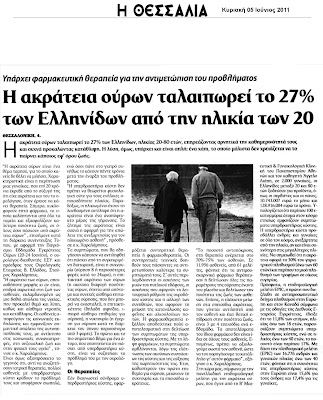 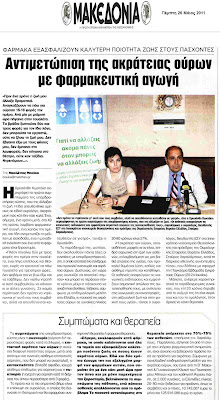 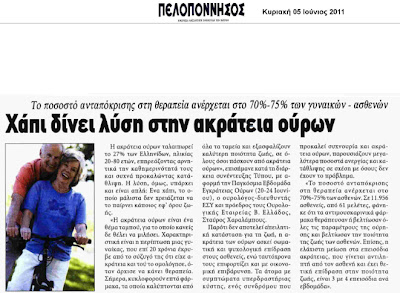